Born in 1948, Martin first started Karate training in 1975, at the age of 27. He trained at Goldsmiths College, London, under the instruction of Sensei Tony Jarvis. He was awarded Second Dan (JKA) Black Belt in 1995 by Sensei Enoeda and in August 2005 was graded to Third Dan (JKA) by Sensei Ueki and Sensei Ohta.

He was promoted to 4th Dan in September 2012 by Senseis Ogura, Sawada, Ohta and Larsen. Currently he holds International “B” Licences as Judge and Instructor plus an International “C” Licence as Examiner .

He is married with three children (now grown up) and works as a director of Dobson & Poole Ltd. (Chartered Surveyors) in Bromley. His many interests and other activities include reading, football (supports Crystal Palace FC), jogging, gardening and films.

A regular attendee of the Regional and International courses, Martin is still as passionate as he ever was about Karate, and enjoys training regularly with all the top JKA instructors inluding Sensei Ohta and Sensei Roy Tomlin (of Lewisham).

He has also attended courses in Japan on eight separate occasions and wants to return as many times as possible.

Shahinaz is a former diplomat who took up karate after her son Patrick (now 2nd Dan), took an interest in karate. Both became JKA England members in 2009.

Shahinaz is a dedicated student and trains regularly 3 times a week at South London Karate Club with Sensei Martin Dobson (4th Dan), to whom she will always be grateful for teaching her the very first shotokan karate techniques. She also gets extra, valuable training with both Sensei Ohta and Sensei Tomlin as well as with many visiting Sensei.

After hard training and dedication she obtained her 1st Dan in May 2012 at the prestigious International JKA Spring Course at Crawley. Here the Dan grading was conducted by Sensei Osaka, Sensei Hirayama, Sensei Larsen and Sensei Ohta.

Shahinaz regularly attends JKA England courses. In February 2012, she was awarded a special Attendance Certificate from Sensei Ohta for taking part in every national and international course during 2011. She attended the Kan Geiko(Winter Training) Course in Tokyo where at the JKA headquarters. She has also taken part in many JKAE karate competitions at which she has won gold, silver and bronze medals.

Shahinaz is also the Club Secretary and assists Sensei Martin Dobson 4th Dan (JKA) with the running of the Club and helps a great deal in organizing the Club events and activities, in addition to undertaking lots of administrative work. She is very popular with students at the Club and is a natural teacher of all aspects of karate–do. Shahinaz has set up her own club: Bromley & South East London JKA Karate Club, based in Petts Wood, in Bromley.

For Shahinaz karate-do has become a passion and a way of life. 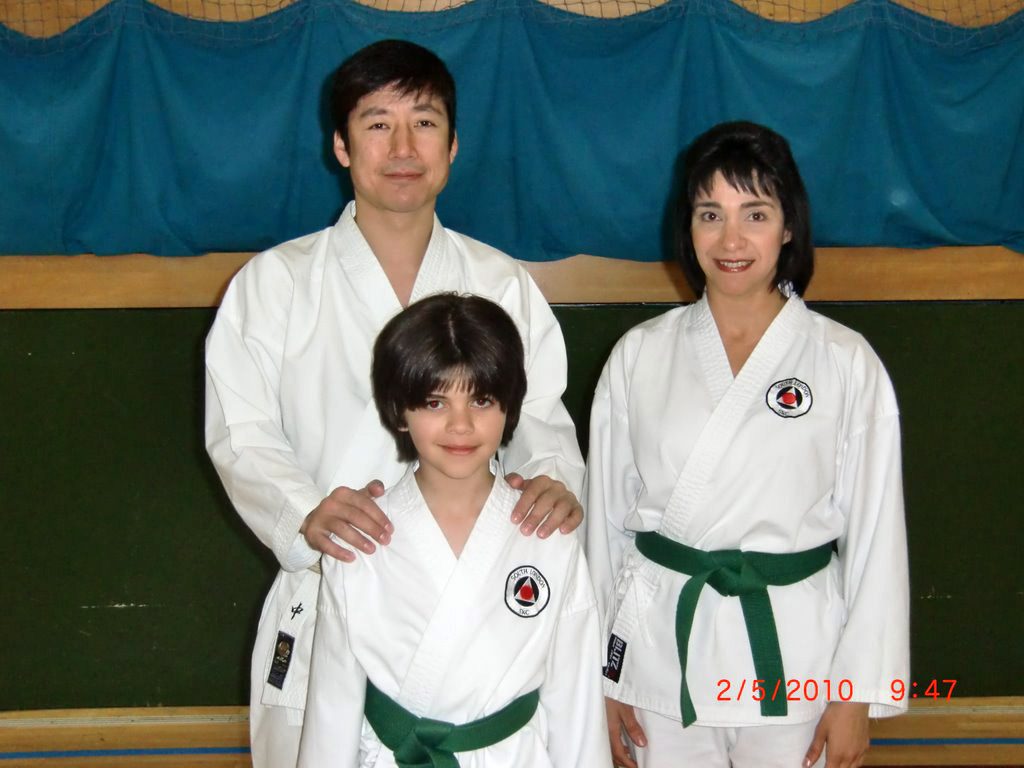